A Co Down woman is tapping into an alternative way of coping with cancer... and says it has changed her outlook on life forever

When Deirdre Maguire was diagnosed with lymphoma, she began looking for complimentary treatments to help battle the disease. Now she's spreading of the word of the new East-meets-West method.

For Deirdre Maguire, living with cancer has been a "blessing" rather than a curse. Since being diagnosed with lymphoma in October 2012, after discovering a lump in her neck, Deirdre has refused to bow to the disease, choosing instead to travel the world in a relentless bid to spread the word of a "self-empowerment methodology" that she says has changed her life - Faster EFT, (Emotional Freedom Technique).

A stress relief system that involves tapping on energy 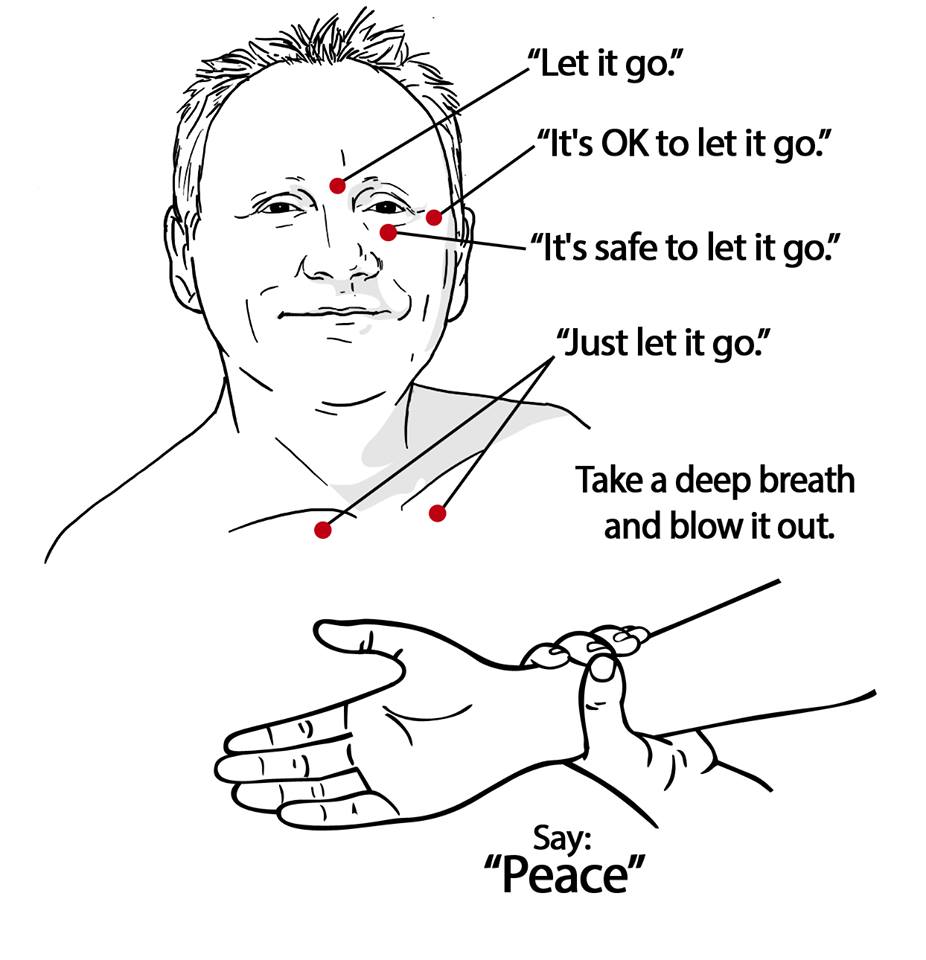 meridians located on the face and elsewhere around the body while voicing affirmative mantras, Faster EFT combines Eastern acupuncture techniques with Western notions of psychotherapy and is growing in popularity among those interested in complimentary therapies.

Tapping made headlines in recent years after it was revealed that elite sportsmen and public figures have employed the technique to relieve stress, combat nerves and improve performance. The late Irish singer Stephen Gately, who famously suffered with stage fright, reportedly used this tapping method before gigs to make the process more bearable.

The idea is not to everyone's taste, of course, but Deirdre, who comes from Newcastle, Co Down, swears by it. Now aged 59, she became one of only four Faster EFT Master practitioners in the spring of 2012, after attending workshops and weekend tapping "marathons", delivered by American life 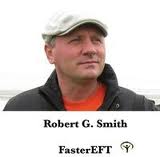 "We can accumulate academic intelligence by reading all of the books in the world, but emotional intelligence is not our strong point," Deirdre says. "Thankfully, my time spent exploring the concept of neuro linguistic programming, and subsequently, Faster EFT, prepared me for the trauma of learning that I had cancer.

"Here I was facing the biggest challenge in anyone's life, the fear of death, but it perhaps did not have the debilitating emotional impact that it may have had on other people my age. I was able to digest the news, amend any preconceptions I may have had about cancer as a physical disease, and face it with what strength I had in me."

In most instances of alternative healing, the action of tapping on specific areas of the face or body is said to "unblock" stores of negativity associated with specific memories, thoughts or ideas that have built up in the body over time; simultaneously, the subject attempts to recondition the mind to override preconditioned emotional reactions to those memories or ideas by re-evaluating them from a positive viewpoint.

Deirdre says: "After I learned of my condition, I started to have lots of tapping sessions to deal with the emotions attached to it and that helped me to cope with the decisions I subsequently made."

After being diagnosed, Deirdre agreed to have surgery to remove cancerous cells from her neck, but declined to have chemotherapy.

"Although the decision was not an easy one to make, and was initially met with consternation from family and friends, Deirdre was determined to "put my money where my mouth was" after helping others suffering from ill-health come to terms with their conditions.

"When I was diagnosed, the doctor's told me that the cancer was in my tonsil, with secondary cells in my lymph nodes. None of that made a lot of sense to me at the time, I must admit," she says.

"I didn't know a lot about cancer and I certainly didn't know anything about the lymphatic system, which I know today is our toilet system, essentially, flushing the toxins out of our bodies.

"It was a dilemma, of course, because my loved ones wanted the best for me. My sister is a nurse, so she follows the allopathic model, the mainstream medical model, but I knew there was another way for me.

"Faster EFT, after all, teaches that the mind is the body and the body is the mind, and so I decided that I would strive to make peace with the cancer, to change my attitude, change my diet and continue tapping as I had before."

Although her knowledge of EFT provided a solid platform from which to confront her diagnosis, Deirdre was steeped in the world of Faster EFT well before learning that she had cancer. She cites the stresses and strains of modern living, and one particular life trauma which involved her family, as the reasons behind her initial introduction to the world of cognitive therapy.

"My father used alcohol to cope with his emotional pain," Deirdre explains. "And, for a time, I did the same.

"After many years of attending Al-Anon, the 12-step recovery programme for family and friends of alcoholics, I now believe that people are avoidaholics, avoiding the pain of traumas that affected them previously in life.

"Faster EFT has enabled me to confront my past, to deal with the emotional pain brought on by the untimely death of my father, the terrible stress of the economic downturn, the idea of mortality, and take control of the present."

"Fear, anger, guilt and shame are coping mechanisms we use to get through life, but we can adjust how we do that in order to live how we want to live."

Today, Deirdre brings her personal experience of coping with the negative effects of stress to her Faster EFT workshops and weekends, which she runs in venues across Northern Ireland and London, and also spends time training uncertified Faster EFT practitioners in conjunction with Robert Smith and their colleagues.

Each year she attends the Habilitat Rehabilitation Centre in Hawaii to assist during a 10-day treatment programme involving individuals seeking to overcome substance abuse, and continues to make her mark as a leading exponent of the Faster EFT methodology, even among those previously sceptical of tapping.

"Having worked with traditional EFT practitioners, I must admit, I was very sceptical about Faster EFT," writes Jeff Nash, director of Habilitat and a former heroin addict, who agreed to take part in a two-hour healing session with Deirdre.

"To my surprise, during the session, Deirdre produced a syringe, a spoon and a lighter and placed them on the table. My body reacted and she started leading me through the ritual of using drugs. By the end of the second hour, I was astonished. I could actually pick up the needle and play with it without even a hint of reaction. Never again has my body responded in the same way. Deirdre cleared my mind of a lifetime of garbage."

"I'm passionate about that now," Deirdre confirms. "I assist at workshops all over the world, and have clients in countries I thought I would never visit, but Habilitat is perhaps the highlight of my year, in the sense that I'm able to offer assistance to so many different people struggling to cope with many different emotional ailments.

"I build my skills and continue to train others. Do I talk about cancer? If it comes up. But that's not what I'm about. I'm about showing people that they are amazing, that they are fantastic, that they shouldn't believe their own negative assumptions, shouldn't allow the world to shape them."

During her time working with Robert, Deirdre has become one of the most recognisable faces in the global Faster EFT community. She has rubbed shoulders with the likes of Hollywood actor and well-known affirmative thinker Jim Carrey during workshops in the States, and has delivered healing weekends in the Slieve Donard Hotel in her native Newcastle. Her next workshop takes place in Belfast's Europa Hotel on August 28-30.

While she acknowledges that she may not be free of cancer, Deirdre's philosophy that life is for living, has seen her achieve life goals and help others do the same, even during the most turbulent period in her life.

"Do I have cancer now? I don't know. Often people say to me, 'Would you not have a scan and see where you're at physically'? I've worked through this notion a lot. Okay, I could go and have a scan, but I may not derive any definitive conclusions. Scans, after all, are not foolproof. They cannot pick up all cancerous cells. Or they could tell me that I do have cancer and that I'm dying, but what is that going to give me? More stress, more trauma? That's not how I want to live.

"In the event, while the last three years have been the hardest of my life, they have also been the most singularly amazing years of my life, and I never thought I would say that after my initial diagnosis."

Since her surgery, Deirdre has transformed her lifestyle entirely, replacing a conventionally "unhealthy" diet for one focused on nutrition and becoming an avid keep-fit enthusiast. She regularly attends Cross Fit classes in Castlewellan, near her home overlooking the Mourne Mountains, and is unlikely to slow down any time soon.

"Cancer forced me to live in the present moment. I wouldn't wish it on others, of course not. But I am grateful for the perspective that it has given me."

"Deirdre Maguire is a world class FasterEFT expert. She understands the teachings at their deepest level. She has done her own work, and now works with clients from all around the world. I have spoken with a number of them who have raved about her skills, her compassion, her commitment, and her ability to get to the root of the issue quickly and efficiently. I highly recommend her as a teacher and coach."

When you register with your free account you will gain access to 100’s of free videos and resources that will help shape your life forever. For more information on Faster EFT Go to Robert Smith's Official Website and sign up for His 7 Course Modules in the 7 Day Quickstart Course - Free!