What are the Dangers of Faster EFT?

I’ve been using FasterEFT for about five months now – on myself and my coaching clients. The results have been absolutely incredible. Issues that have stubbornly stuck around for a lifetime despite years of intensive self-development and a wide range of modalities, systems and techniques, have been cleared in a ridiculously short amount of time. And these changes seem to be lasting.

However, I was contacted by someone a little while ago, about a website called The Dangers of Faster EFT – which contains some very disturbing posts. A friend I’d helped using FEFT was also recently pointed in the direction of this website.

So, I decided to take a closer look, and share this for those who are worried about using the technique.

Here is my view on the information that website contains. Bearing in mind I am not a FasterEFT 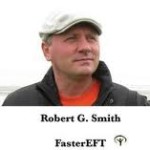 practitioner and haven’t been to any of Robert Smith’s live events (yet! ? – I do plan to go to one soon) – so, this is purely my view as an “outsider” who is seeing remarkable results from FEFT. And I’m writing this for the sake of those who could benefit greatly from FEFT but who are put off or concerned by this website “The Dangers of Faster EFT“  since it’s really intense.

– My own initial reaction to the posts on that site was surprise and shock – not so much at the content, but at the viciousness and intensity of the attack 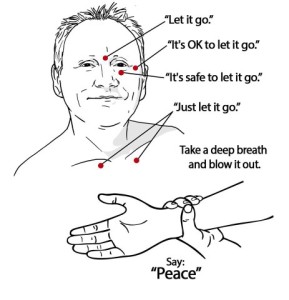 s on a modality that (certainly, as far as I’ve experienced it) is based in empowerment of the individual, forgiveness, and love for the self and others.

– Whether the information on that site was true or not (and I suspect, from the tirade that it is not, since the way in which all of those posts are written sounds to me like someone with significant issues of their own) the fact that it is written in such a vitriolic way made warning bells go off for me.

So, if you’re concerned by what you read there, it might be worth taking into consideration that reasonable, logical and emotionally balanced people with complaints may share them on social media or their blog; but will not become obsessed and create an entire website dedicated to it in the way this writer seems to have done.

– From what I read on the site (and I have to admit, I didn’t read it all as I don’t usually subject myself to that kind of negativity, and could only take a little bit of it) despite the overly-dramatic title, there are no dangers mentioned regarding the FasterEFT technique.

There are a lot of complaints about individual experiences, and personal opinions, but there are no actual dangers of using the technique itself. The person who notices how they feel, taps on the four points saying “Let it go”, holds their wrist, takes a deep breath, says peace and remembers a peaceful memory is in absolutely no danger at all. You could try it right now, and you would be perfectly safe – and you could experience relief from whatever’s bothering you.

– From what I’ve read on that website the dangers of Faster EFT, it seems to me that the writer (along with those who contribute to the campaign she’s set up) has become blinded by her own emotional stuff. The reason I say this is, she must have put in an extraordinary amount of time and focus on bitterness, anger and hate; and as a healer, that seems counter-productive. In order to be effective, a healer’s focus needs to be on love, compassion and, well, healing of course. While you’re in a state of resentment, anger and war, you are not promoting peace and love. This is common with political activists, but healers – not so much.

– Gary Craig’s letter and video I also find disturbing. Again, if it was coming from someone who wasn’t in the self-development field, it wouldn’t be such a shock; but from people who promote healing, love and forgiveness, it’s a weird twist of the plot. Of course, we’re all human, and my guess is that Gary Craig, Dianna Kottle and others who are on the same wave-length at the moment are struggling with their own fear and demons. And projecting them outward helps them to “fight” them.

– Unfortunately, when someone is on a rampage and blinded by their fears and anger, there is no way of getting through to them unless they open themselves up to reason. I remember being terrified of dogs as a child. And I remember my mum and others trying to reason with me that the little puppy was being friendly and was harmless; however, all I saw was a threat. Genuinely. That was the way my brain was wired at the time. I had a subconscious program that dog equalled danger – regardless of reason or logic.

– When someone is in that state of emotional pain, resentment, anger and fear, I don’t trust any of the information they give since it is all coloured by those emotions. When we are in that kind of stress state, apart from anything else, the frontal lobe is not working effectively (since it is not needed in the fight or flight state), which means cognitive thinking is impaired.

If you are finding yourself doubting the technique that has helped you so much already, or you are hesitant to try it because of concern caused by what you’ve read on that website (the dangers of Faster EFT), Gary Craig’s letter or video, or by people like Diana Kottle who are sending you “warning” messages, here are a few key points to bear in mind: 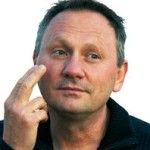 I can’t help thinking that if Gary Craig, Diana Kottle and those like them would tap on the way they’re feeling about Faster EFT and Robert Smith (using any of the techniques), they would be able to access the love and compassion that is inside them, hidden under the negative stuff; and would be able to get back to focusing on shining their light instead of promoting fear. There is no “out there” out there – the controls are inside. And the more you change the inside of you, the more you’ll see the changes in the world around you (including your experience of “dangers” ? ).

Fighting darkness with darkness only adds more darkness. The only way to clear the darkness is with light.

There are no dangers of Faster EFT

Why the new FasterEFT Changes for 2016

No Dangers of Faster EFT