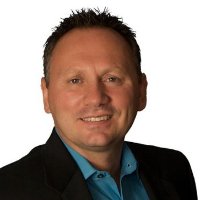 Just like anything that challenges old beliefs, brings new insight, and creates powerful changes, FasterEFT has had its share of myths created around it. While the majority of those who use the system know and experience the benefits of using Faster EFT, there are some who may not recognize the myths.

Here is the truth about 3 Faster EFT myths:

Myth 1 – FasterEFT is not faster

The reason Robert Smith originally called the system Faster EFT is because he didn’t know what else to call it. He had started with regular EFT (created by Gary Craig), in 2010 Gary announced that we could not use the Emotional Freedom Techniques “EFT” and so Robert came up with FasterEFT “Emotionally Focused transformations.” After eleven years of studying EFT and added elements of NLP, hypnosis and other systems, in an effort to improve EFT so that it worked more smoothly, faster, and more effectively, on all problems.

He discovered he was getting faster results, and therefore called it Faster EFT. Regular EFT addresses the energy system, and has more tapping points, and more of a script.

There are several reasons FasterEFT is faster. Here are four of them:

Myth 2 – FasterEFT is a cult

One of the Faster EFT myths that have been circulating online, and have been described as one of the dangers of Faster EFT, is that it is a cult. But here’s the truth:

Cults require people to be dependent on the organization and its leader. The foundation of FasterEFT is empowering the individual. Robert Smith teaches that each person is responsible for creating their own life experiences and has given more than a thousand free videos to do you own personal changes.

Each individual has the power to change what they experience. In other words, you are no longer at the mercy of the people and world around you – YOU are the boss of you, not Faster EFT, not Robert Smith, not anyone or anything outside of yourself. You get to choose what you want to experience.

Faster EFT is a tool you can use, and Robert shares his knowledge. That’s it. There is no accountability to anyone other than yourself … unless, of course, you choose that experience. Every person who attends a live FasterEFT event by Robert Smith has the choice of how they experience it (just like everything else in life) and each person’s own internal references will determine their automatic response. Then, it is up to them to choose to go with that response, or use FasterEFT to free themselves from the references that are causing that automatic response.

The truth is, the word “cult” is used to try to put people off a powerful, empowering system that may be seen as a threat to some who have ulterior motives. Like in other businesses or helping modalities this word is used as derogatory term used by naysayers. However, there is absolutely no evidence of a cult – in fact, it is the complete opposite.

This is one of the most damaging Faster EFT myths out there. There have been complaints about using the phrase “early sex education” to describe sex abuse experienced in childhood. And this does sound horrible when taken out of context. However, here is the truth behind it:

Sexual abuse is an unbearably traumatic experience, and there are many more of us that have experienced it than one might expect. So, taking into account the understanding of FasterEFT, here are the facts:

a. Maintaining a belief that what happened was as horrible as it was – and therefore continuing to experience the results of the effect on all areas of life now.

b. Choosing to use our own power of the mind to change how we represent and hold that experience so that the results and the effects on life now, are different and more positive.

As a person who was sexually abused as a child, I can continue to carry the horror of that experience – recognizing it for what it was. This will continue to contribute to my low self-esteem, my fear of relationships, my belief I’m not good enough, my addictions, and everything else that affects my daily life…

So, I choose to see it as “early sex education”. The result? I no longer feel like a victim – which means I no longer live like a victim. This affects my self-esteem, my relationships, my ability to be productive in my career, how I treat myself, and so much else.

Which would you prefer? There is no right or wrong. It’s about choice. I choose to be free. The truth is, you cannot change what happened. You can only change how what happened is represented in your subconscious – and therefore how it affects your life now.

It Goes Against the Grain!

There may be a resistance to changing such horrible memories because it somehow feels like it means you’re allowing the abuser to “get away with it”. But the truth is, holding onto the traumatic memory is not going to do anything to the person who abused you. It changes absolutely nothing about what happened. But what it does do, is destroy your own life. Changing the memory to a positive one gives you the power to change your life now. And again, it makes no difference to the abuser or the original event, only to you and what you experience now.

Referring to child sexual abuse as “early sex education” was never meant to be publicly plastered over the internet. It was meant to help those who had suffered sexual abuse as children, to reframe their memories – if they chose to – in a way that would empower them. However, unfortunately, the fact that the phrase was taken out of context and shared online gives it a very different meaning and allows it to be used by those who may carry out the abuse – or those who may choose to ignore it and not take it seriously.

Again, the phrase “early sex education” was not intended as a public invitation to demean and disrespect the victims of child sexual abuse. It was intended to give those victims the power to choose to empower themselves, to change their own subconscious references – in order to change the results they’re experiencing in their lives now.

There are many more Faster EFT myths online. The key is to use logic, reason, and to find the information for yourself. There are no dangers of FasterEFT – try using Faster EFT by following along with some of the YouTube videos, and see how it works for you. You’ll notice there are no adverse effects, and in fact it gives you the power to transform your own life, without needing to rely on anyone else!

If you are new to Faster EFT, the best way to rid the confusion is to read The Basics of FasterEFT and What Determines Your Character and Personality?

The best way to really learn whether Faster EFT is for you is to try a 7 Day Quickstart Course – Free!